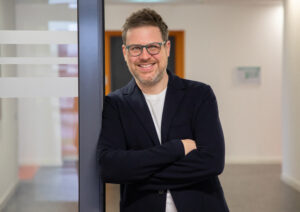 I’m a Research Group Leader at the German Center for Neurodegenerative Diseases (DZNE) in Magdeburg where I head  the Clinical Cognitive Neuroscience group.  Our research focuses on three major aims.

We conduct studies to understand the functional architecture of cognitive functions with a special focus on human memory and the medial temporal lobe using structural and functional MRI at 3 and 7 Tesla.

We investigate the effects of disease pathology (such as amyloid plaques and neurofibrillary tangles measured using biomarkers) on functional brain systems and use longitudinal experimental designs and advanced statistical models to understand the sequence of changes in early stages of neurodegenerative diseases.

Finally, we aim to develop disease-stage specific imaging and cognitive markers that allow to detect cognitive impairment but also to monitor cognitive and brain decline. Here we focus particularly on digital cognitive markers using remote testing via mobile devices such as smartphones and tablets and their combination with biomarkers for future health care and clinical trial applications.

Previously, I have been a Marie Skłodowska Curie postdoctoral fellow at Lund University where I still work with Oskar Hansson and the Swedish BioFINDER study team.

Manage Cookie Consent
To provide the best experiences, we use technologies like cookies to store and/or access device information. Consenting to these technologies will allow us to process data such as browsing behavior or unique IDs on this site. Not consenting or withdrawing consent, may adversely affect certain features and functions.
Manage options Manage services Manage vendors Read more about these purposes
View preferences
{title} {title} {title}